GIF Marketing – How Brands Use GIF’s for Business Growth 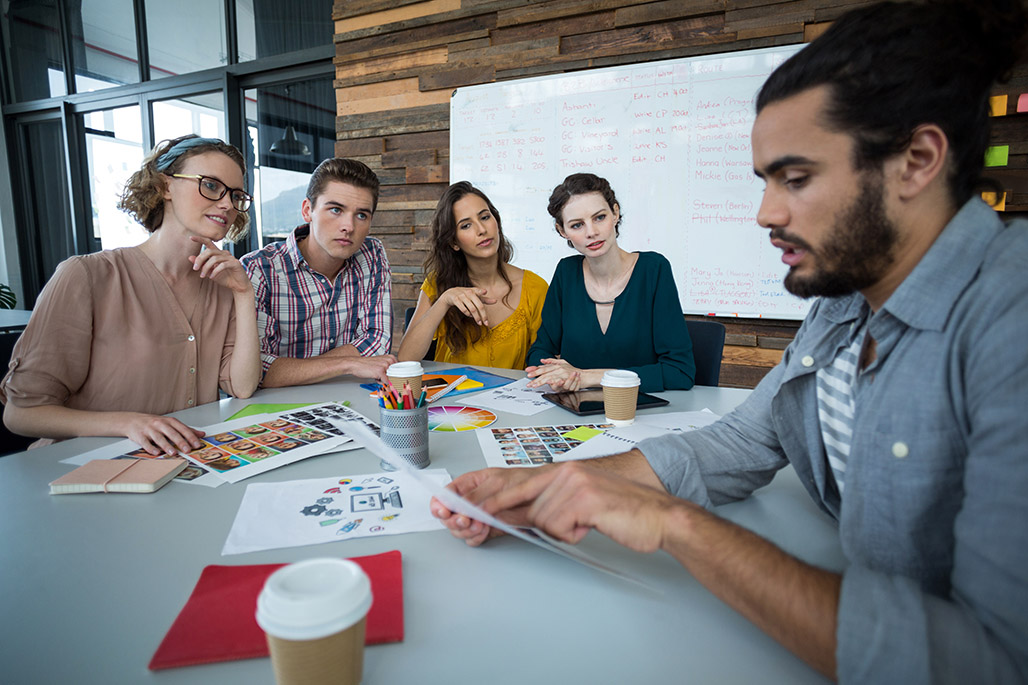 From hilarious memes and inspirational quotes to in-depth news coverage and informational posts – it is without a doubt that GIFs have a wide range of uses in today’s highly digital consumer landscape.

But while seemingly new for some people, Graphic Interchange Format or GIF (pronounced as “jif” according to its creator) has been around for more than three decades already and was even considered as the “skin and blood” of websites in the 1990s.

Website Under Construction GIFs was popular in the 1990s
Source: TextFiles

It’s popularity among the general consumers, however, has only reached its peak in the recent years, all thanks to the shift in visual content preference of the people, as well as the surge of smartphones and faster and bigger bandwidth allocation provided by internet service providers.

Even the largest tech giant in the world, Google, noticed this trend and didn’t miss the opportunity to capitalize on GIFs as they acquired Tenor – a popular GIF platform – in March 2018. With this acquisition, users can search for more specific GIFs, which would further increase its popularity among consumers.

In an interview with the New York Times, Wired executive director Jason Tanz explained his theory as to why the animated files have regained its popularity: Nostalgia.

“For people in their 20s, GIFs are a relic of their childhood, so it makes sense they would come back as a fashion statement — just like ’70s fashion came back in the ’90s, and the ’90s are coming back around now,” Tanz told the New York Times.

But more than just nostalgia, it’s also safe to say that GIF has gained so much traction due to its functionality: one GIF can contain more visual imagery than a single frame image, in a way that can be consumed more quickly than a video file.

As you can see, GIFs can really do wonders when it comes to engaging the emotional reaction of the audience, plus it is an efficient medium to convey a message that a single frame picture can’t deliver. It’s an effective platform that you can use to boost engagement of your content, make your social media profiles more relevant, or  improve the effectiveness of your UX marketing.

Below, we feature five practical yet brilliant ways brands have used GIFs to market their brand in the online world that should inspire you to create your own GIF marketing strategy to grow your business today. Let’s get started:

Regardless if it is a new product, loyalty service program, or a company announcement, GIFs can be used to inform your customers about your latest offerings.

For example, Adidas used a GIF to highlight their newest running shoe in their Twitter profile:

Here’s another one by Lyft, which creatively used GIF to highlight their presence in more than 50 cities in the U.S.

You can follow the same approach as Adidas and Lyft to create a buzz in your audience about your latest product or service prior to its launch, or when your company reached a milestone that is worth celebrating.

Explaining scientific or technical concepts to the audience can be quite tricky for some companies. But brands like General Electric have found a way to educate their audience without boring them out – through GIF.

GE has Tumblr, which features GIFs that craftily show how their latest groundbreaking machines look like and function.

At the end of each GE’s Tumblr entry is a caption that highlights their innovations and the benefits that these bring forth for the industry and the community as a whole.

One element that all types of visual products share is their shareability on social media, especially if the content elicits an emotional reaction or is highly relatable for the audience. Yellow Cab Pizza knows very well how today’s generation is addicted to pizzas and takes advantage of GIFs to make their Facebook followers drool, and eventually call up their delivery hotline.

Garnering over six thousand social engagement and 75 thousand views, this single GIF is proof that this medium has a very high potential for businesses, especially in the food industry. But your GIF marketing strategy for social media engagement should not be that complicated.

If you want to get started in using g GIF in your Facebook or Twitter profile, you can use stock GIFs and think of a crafty post with a hilarious or relatable caption that will spark conversation in your comment section.

Thinking outside the box is the mindset that you should adopt when considering GIF marketing. And this means applying it not only on your website or social media profiles but also on your email marketing campaigns as well.

Making your static email campaigns more interactive through GIFs is a surefire way to deliver your message in just a few seconds, and ultimately lead your subscribers to take action favorable to your brand.

5. GIFs in Call to Action

Call-to-Action is a very critical component of inbound lead generation, so it is only imperative that they are engaging enough to convince your target audience. What many marketers do these days to ensure a compelling CTA is incorporating GIFs in their webpages or blogs. Just take a look at the example below from Dell.

Through GIF, you can put emphasis on your CTA and ensure that it catches the attention of your audience.

It is often said that a picture is worth a thousand words, but according to Giphy’s CEO Alex Chung, “the average GIF contains sixty frames, then they’re capable of conveying 60,000 words – the same as the average novel.”

Emotionally engaging, popular, and mobile-friendly, these are three reasons why businesses cannot afford to miss GIFs in their visual marketing efforts. Whether it is stock or made in-house, as long as the GIF reflects your company’s identity, purpose, and overall message you want to convey, it should be able to help your brand stand out in the crowd, reach a wider audience, and create new opportunities for business over the long term.