Real Time Google Penguin – What You Need to Know 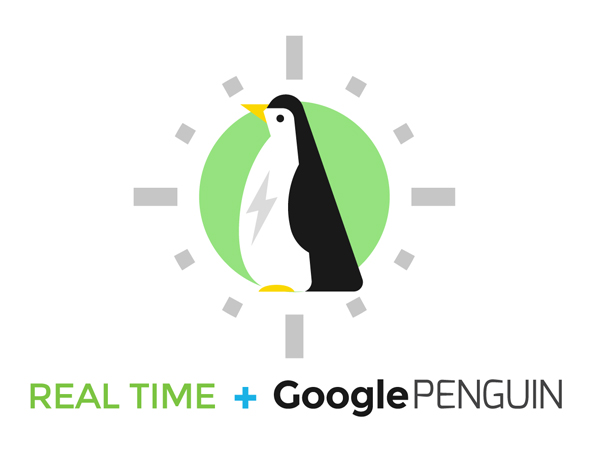 The Digital Marketing world has been abuzz with chatter and trending discussions about the long-awaited new Google Penguin update since 2014. If one would analyze all these ongoing topic, he would eventually derive the fact that the most important key word aside from Penguin itself would be – Real Time.

Over the last few years, Google has been coming out with various algorithm changes in a bid to give more value to its customers – the search user. Along with real, honest-to-goodness search users come an army of spammers, scammers and black-hatters, all trying to ruin what Google was trying to achieve. Thus the search engine launched a plethora of algorithm changes and updates to fight back.

Enter Penguin back in 2012 as Google’s latest super algorithm-hero to fight against spam and unscrupulous webmasters trying to manipulate search results with low quality backlinks. Sadly, there were legitimate business owners whose websites got mixed up in the crossfire, simply because they used poor backlinking techniques (after listening to the advice of pretentious, fly-by-night SEO providers).

So, what does this Google’s Penguin Real Time update all about? Will it be great news for legitimate business owners and webmasters? Read on and find out.

What is the Google Penguin?

Before we proceed any further, let’s hold back awhile and give fresh business owners who’re just new in the Digital Marketing game some background about Penguin. In summary, this algorithm change was intended to fight against unscrupulous Google Webmaster Guideline offenders who were all trying to manipulate search rankings by buying and selling links.

The update was implemented on April 24, 2012 and website owners found violating the proper link building process as described by the guidelines got hit in terms of search ranking. Since then, there were some minor updates with the Penguin algorithm, the last of which was the Penguin 3.0 rolled out last October 2014.

However, the previous updates to the Penguin algorithm were purposely executed by Google, unlike other algorithm changes that are characterized by a continuous movement that adjusts ranking factors on a real time basis. Google however recently announced that the first real time updates to Google will be happening anytime soon in the coming months.

Hit by Penguin? Here are the Signs

When it was rolled out, up to 3.1% of English-based search results got hit. With the volume of website traffic going on at any given minute, just imagine how this shook the online world, leaving a mess of website owners shaking their heads at what had just hit them. Black hat offenders just shrugged their shoulders and waited for new schemes where they can run circles around Google.

If Google found your site in violation, you site will incur an algorithmic penalty. Google will not notify you and inform you about this penalty. You will only you’ve been hit when you see a considerable drop in your search ranking – particularly your brand name – a keyword you should always rank high for. Other indications include your site’s removal from Google’s cached search results and no results from site searches.


Why All the Fuzz with this Google Penguin Update?


While many black hat offenders did get hit with the Penguin update, some claimed the penalties they received where unfair. Many were not aware that their backlinks then were in violation. Others were receiving low-quality backlinks without their knowledge or they were not really intending to get such backlinks at all – but in the end they were all penalized.

Once hit, webmasters can search and identify bad backlinks and will disavow or remove these links in an attempt to correct the problem and get back to Google’s graces. The only problem is the Penguin update is not a yet a real-time algorithm. So, no matter how fast you clean up your site and remove unwanted backlinks, your site ranking may not get back to what it once before unless a new update is rolled out.

Real Time Penguin Update – What does it mean?

With Penguin finally turning into a real-time algorithm, websites that are affected by bad backlinks can use the Google Search Console to disavow and remove such links. Penalties can now be resolved quickly so they can bounce back and regain their site rankings. This would be good news for legitimate site owners who can be hit with the occasional bad backlink even without their knowledge.

On the other hand, those who are intentionally trying to build unnatural backlinks will also be hit quicker than what they expected. These will put greater pressure on these spammers as they will now have a shorter window where they can all perform their bad linking and spamming activities before they can get penalized.


When Will the Update Take Effect?

There has been a lot of speculations since June as to when Google will finally roll out what they described as the real real-time Penguin update, but there were no concrete declaration as to when this will actually happen. This has been going on for some time until Google’s Webmaster Trends Analyst Gary Illyes confirmed that this will materialize before the end of 2015 in front of SMX East audiences earlier this October.

Although the exact date is still vague (Gary Illyes actually used the word “hope” in his pronouncement), there are indicators that the real-time update will be released soon, maybe sooner than expected. It is not farfetched therefore than the end-of-year estimate will likely come to pass.

Business owners shouldn’t wait for the actual real-time Penguin update to roll out before they start streamlining their websites. Google will always give a watchful eye on bad links so it would be best start cleaning up your site from these undesirables so you won’t get penalized by the next Penguin update – or any other future algorithm changes for that matter.

So, the question many business owners and webmasters who’ve been hit by the last Penguin updates, which is “will a real-time Google Penguin update be a reality?”, has finally been answered right from Google’s mouth. This would really be a great advantage not only for those who’ve been hit by these updates before, but for new website owners who are still trying to streamline their online presence.

Real time means quicker clear ups and recovery, particularly for legitimate business owners who are all trying to do good SEO, without resorting to any black hat tactics intentionally. And of course there’s the spammers who, once the real-time updates caches in, will find a much harder time doing their bad deeds.