The History and Power of Hashtags in Social Media Marketing (Infographic) 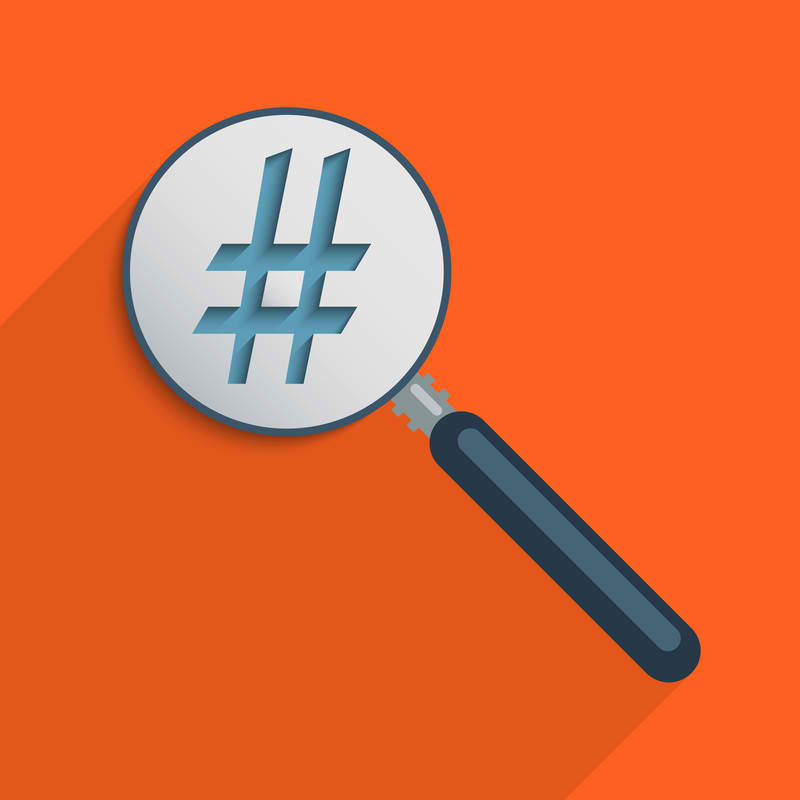 For decades the hashtag symbol was more commonly referred to as the pound sign (while others see it as the all-too-familiar crisscrossing lines used to play tic-tac-toe). In recent years, this seemingly ordinary symbol evolved into greater significance in a modern world slowly but surely being dominated by social media – as a cyber-appendage social media users attach to word strings of certain relevance.

The proliferation and use of hashtags have grown to tremendous popularity that the use of this symbol have become associated or even synonymous to trends and discussions in social media. Tagging keywords, phrases and other strings of texts and letters are what social media users do to track topics and conversations – and provide the ability to other users as well. This provides a wonderful tool and opportunity for business owners and digital marketers to boost the strength and effectiveness of their social media marketing campaign.

Where It All Began (#WhereItAllBegan)

While the pound sign, a.k.a hashtag, was already in common use decades ago, the use of this symbol as a metadata element for tracking words is really not a new technology or practice. Back in the good old days of the IRC or Internet Relay Chat, circa 1988, hashtags were already used to categorize items like images, messages, video and other content into groups. Hashtags made it possible for IRC users to easily search for relevant and other associated content.

The same principle holds true with the use of hashtags in social media, and their use grew in popularity when it was first introduced on Twitter by Chris Messina. The date was August 23, 2007 and Chris (still tweeting that time as @FactoryJoe, which he eventually changed to @ChrisMessina) brought attention to hashtags with his tweet: “how do you feel about using # (pound) for groups. as in #barcamp [msg]?”

Hashtag popularity spread like wildfire then, particularly with their association with major events like the literal wildfires that occurred in California back in October 2007. People worldwide got updated with what’s going on in San Diego that time when Nate Ridder started appending his tweets with the #sandiegofire hashtag. Instead of posting the basic, “300,000 people evacuated in San Diego county now”, Nate was able to provide real-time updates about the wildfires to people from across the globe when he used, “#sandiegofire: 300,000 people evacuated in San Diego county now” instead.

The term “hash tags” however, officially originated from Stow Boyd’s blog post in August of 2007. It was later in July 2009 when Twitter formally adopted the use of hashtags into code, automatically hyperlinking terms appended with the # sign. A year later, the term “trending” and “trending topics” became highly associated with social media when Twitter began highlighting hashtags on its homepage based on their popularity.

The following provides you a list of these social networks and some basics on how each network make use of hashtags and how you can apply them to your digital marketing campaign.

Twitter of course is where hashtags became first used and where it is still very prevalent. They provide a remarkable tool for delivering highly targeted brand messages for brands and businesses using Twitter for social media marketing. You or your targeted audiences can join in on trending conversations which you can view on your Twitter page sidebars. Or you can check them out at Hashtags.org and see which ones would be interesting or relevant to your targeted audiences.

It took a while for Facebook to catch on the hashtag craze, even after they incorporated its use back in June 2013. Just like with Twitter, Facebook provides a unique URL for each hashtag you and your targeted audiences can click on and get connected with. You can also search for particular tags by typing in facebook.com/hashtag/uniquehashtag in your browser bar or #uniquehashtag directly on Facebook’s search bar (just replace your targeted tag onto “uniquehashtag”). These will directly send you to your targeted tag’s feed.

Pinterest is a fast growing social network that has already joined the hashtag bandwagon. What it can do is make your content tagged with a #uniquehashtag visible to Pinterest users searching for a particular topic when they click on the hashtag on your profile or from another user. When they click on this hashtag, they are redirected to pinterest.com/search/?q= uniquehashtag where targeted audiences can find your content.

Instagram is another social network a steadily growing number of users are going gaga about and is one that is making use of hashtags to provide businesses with an effective tool for influencing and creating brand followers. Hashtags make your Instagram photos discoverable by targeted audiences, otherwise your photos will just remain private. One tip on how you can maximize the use of hashtags is to use a unique set per photo.

Even Google is jumping into the hashtag bandwagon, providing a way for your Google+ posts to get better results in search engine results pages. When users click on a Google+ hashtag, the results will return not only the original hashtag post but other posts tagged with the same hashtag as well. The Google+ article “What’s a Google+ #Hashtag – And Why Should I Care? “ from Ronnie Bincer provides a good summary on the use of hashtags for Google+.

How Will Hashtags Benefit Your Business (#HashtagBenefitsForBusiness)

The power of social media marketing relies on how well you can create engagement and conversations between your business and your targeted audiences through your content. This in turn will create greater brand awareness that will eventually boost your sales and profitability. Hashtags can help facilitate this greater engagement as what the following campaigns have experienced.

First is Audi’s campaign to promote their new and brighter LED headlight using the #solongvampires hashtag. The hashtag brought online users who clicked on the link to the company’s unique TV commercial, depicting vampires being destroyed with the LED headlight’s extreme brightness. What this campaign brought Audi is greater interaction between the company and their potential customers.

Another campaign that benefited from the power of hashtags was Red Bull’s “It Gives You Wings” campaign . The company made use of the #givesyouwings hashtag that became very popular with consumers and their targeted customers on social networks. These and other examples like these showcase how powerful hashtags can be in generating brand awareness.

Hashtags can provide your business with insights on what your targeted customers are interested in as well as what they are talking about. You can do so by simply clicking on a hashtag that you think is related to your business and your brand can get connected and be able to interact with targeted audiences.

The use of hashtags connects your brand with topics that people are interested in and interact with them through these topics. This is turn increases your visibility and helps build relationships that will eventually help turn audiences into customers.

Hashtags can also provide your targeted audiences with greater insights about your brand or businesses, let them know more about your history, which in turn increases brand loyalty. One example is the campaign conducted by People Magazine to promote their 40th anniversary through an Instagram video.

That campaign generated greater engagement with targeted customers, with the March 4, 1974 video generating more than 2,000 likes – which is considered good at Instagram. This gave their targeted audiences glimpses from that issue, which include Mia Farrow, gymnast Cathy Rigby and a young Prince Charles. This endears the magazine more to their targeted audiences which in turn will help solidify brand loyalty.

As your business grow more competitive through digital marketing, boost the effectiveness of your efforts by making use of new and more effective ways of generating interaction and engagement with targeted audiences. Hashtags proved to be a new and exciting way to do just this particularly in boosting your new or existing social media marketing campaign. When used properly, hashtags can be a very powerful tool for connecting with potentially thousands or even millions of targeted audiences worldwide.