2017 has been a roller coaster ride for digital advertisers. Many brands took advantage of political disputes in their advertisements to win the trust of their audience, memes and gifs were capitalized as promotion tools, and live streaming dominated the social media sphere.

Artificial Intelligence and machine learning have become a major topic of discussion in the industry for many years now. In 2018, they are seen by the majority of digital advertisers as the top disruptions to the industry, that is according to the 24th annual market survey 2018 from AdMedia Partners.

The report also indicates that along with AI and machine learning, Virtual Reality (VR), big data, user experience, and analytics were also frequently mentioned by respondents as disruptive.

Beyond these technological advancements, a rising trend in the industry is that many respondents are viewing the challenges of the online sphere – including hacking, fraud, and the industry power of Google and Facebook – as disruptive industry issues.

The same report from AdMedia Partners noted that some 85% of organizations expect social ad buying and spending to increase by more than 10% in 2018. That is up 71% of companies who felt that social ad interactions would increase by that much in last year’s survey.

Mobile marketing has the next-highest growth expectations in the AdMedia survey, with 76% expecting at least a 10% gain in 2018. However, growth projections have slowed a bit from last year.

In relation to the previous point, video ad spending and search ad spending are also expected to increase in 2018. According to the AdMedia Partners survey, 69% of respondents this year see at least a 10% increase in video advertising spending. That is a significant increase from 62% who felt that way about video in 2017.

Search advertising – one of the first platforms used in digital advertising – seems to have had the largest surge of increase in expected growth rate in 2018. This year, almost half – 47% – of the respondents expect search ad buying and selling to increase by at least 10%. That is a considerable increase from about 30% of companies of who projected the same level of improvement last year.

A brand whose audiences are from US and EU will need to consider the impact of changing regulations in their advertising operations. In 2017, the US and EU have taken a contrasting regulatory stance which primarily includes new agendas on user data privacy.

In EU, the General Data Protection Regulation – which takes effect on May 15, 2018 – will forever change the way marketers collect and use data from the EU-member states. Upon its enforcement, it will be a legal requirement for all companies to notify their audience about what data is being collected on them and will need to be offered a way of opting out. Failing to adhere to this regulation can lead to a hefty fine of up to €20 million or 4% of a company’s global annual income (whichever is the larger amount).

In contrast, the US has essentially granted companies access to a wealth of user data by repealing the net neutrality. In March 2017, the Senate voted to reverse FCC privacy rules that would have limited ISP’s ability to sell user data without consent — for ad targeting and other purposes. As such, it is expected that many companies would reach out to ISPs to access user data that would help them create unique and highly-personalized ads to their target audience.

Programmatic advertising has gained much traction in the previous year and will continue to gain popularity in 2018. In fact, a recent report from eMarketer estimates that 83.6% of US digital display ad dollars will transact programmatically by 2019.

Soon, programmatic advertising influence might exist beyond desktop and mobile. According to another research by eMarketer, 5% of all TV ad spend in the US will be programmatic by 2019. This is in line with the prediction by PwC that programmatic TV will represent approximately a third of global TV ad revenue by 2021.

While it will gain traction quickly, it will still take a few years for the technology to mature and become useful and easy to activate – but we will see this shift begin in 2018.

In relation to the previous point, the increase in programmatic spend might also lead to an increased threat of non-human traffic (NHT). NHT typically inflates metrics making performance look good in the short-term, they actually hurt performance in the long-run. This is because feeding NHT-contaminated numbers into Marketing Mix Models pulls down ad campaign ROI calculations, making campaign performance appear lower.

To counteract the fraudulent traffic problem, advertisers need to make sure their ads are viewable to a human in the right audience for their advertising to have an impact. Investing in invalid traffic (IVT) filtering technologies could also help advertisers reduce the risks associated with NHT.

These are the shifts and trends that are likely to shape the world of digital advertising in 2018. If 2017 has not been a rough year for your ad campaigns, considering these trends in your strategy for this year can help you maximize your budget and ultimately, achieve excellent results.

Embed Our Infographic On Your Site!

More contents from our site

Owner at Digital Marketing Philippines
Jomer B. Gregorio is a well-rounded expert when it comes digital marketing. Jomer is also known as a semantic SEO evangelist and practitioner. Check out our Digital Marketing Services today and let us help you in achieving positive and profitable results for your business. 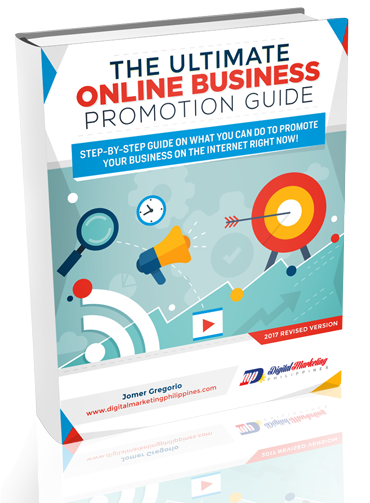 The year 2020 is highly anticipated as a very exciting year for Content Marketing! Businesses, brands,...

The rate of technology is evolving in this digitally interconnected world. It is highly fast-paced that...

A common trait that makes digital marketing quite challenging is no other than its dynamic nature....